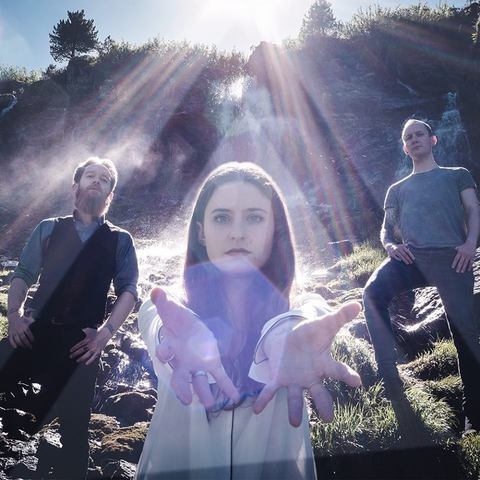 «Our sound developed very naturally… we basically just started composing, followed our impulses and this is the result«

First of all, thank you for conceding us this interview

What can you explain me about this first work called «This Is the Sound» and why this title?

Anna: In less than one year we did not only start a new band, but also wrote an entire hour of music. Our sound developed very naturally… we basically just started composing, followed our impulses and this is the result. “This Is The Sound” is a statement, especially to ourselves. We are proud and excited of what we have achieved and we are communicating just that with this title.

The video clip of «Avalanche» was recorded in my country, specifically in Tenerife. How did you think to go to this beautiful island to record the video and why there?

Anna: Going there was actually my stepdad’s idea. We were looking for a “dead”, moon-like landscape to capture an end of the world scenario. Iceland (the black desert) was also on our list, but eventually Tenerife felt like the right option. The location was chosen for “Black Moon” though because it perfectly fits the storyline of the song. The reason we also filmed “Avalanche” there was to have an intentionally contradictory setting which I think makes it interesting. Filming the video in the mountains would have been no problem for us, but we wanted to tell the story in an abstract way. You can look at it as a kind of art project.

Merlin: Well, what can I add to that – except that it is indeed a beautiful Island, in a beautiful country! 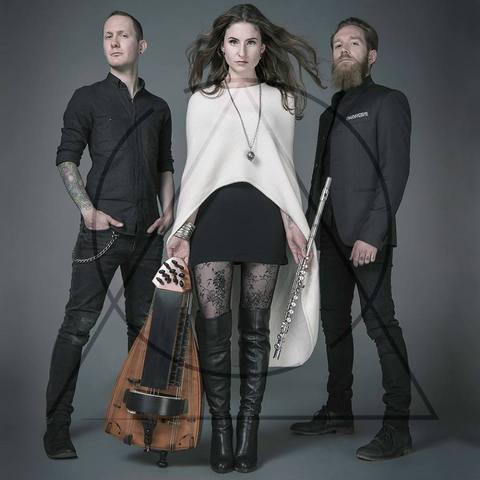 I heard two new releases of the new album, “Avalanche” and “Black Moon”, totally different from each other, one more folk and the other with a somewhat more heavy. Which you would choose , if you have to choose one of them?

Anna: Both of the songs combined is what makes us Cellar Darling, so it wouldn’t really make sense to choose one 🙂 But if you’re asking which song I like better then that’s currently Black Moon.

Merlin: And for me it’s currently Avalanche – but that changes all the time, and that’s kind of the key, really. In fact, I think there are a few more songs on the album that sound very difference still – which is what I personally love most about this record!

You come from a band that in your style is easy to recognize Eluvetie, What do you expect from the fans of your ex band, how they will welcome you?

Merlin: So far, the support we’ve received from the fans has been absolutely incredible – right from the start when we only just started out, all the way through the release of our first single and now ‘Black Moon’ and ‘Avalanche’. Of course we’d love to see as many of our ‘old’ fans as possible embarking on this new journey with us, but at the same time we made a very conscious decision right from the start to not let this influence our music. We wanted to make exactly the music we wanted to, that came from our hearts, without any restrictions. So we didn’t set out to sound like Eluveitie, but we also didn’t set out not to. Personally, while we play a different style of music and have different lyrical concepts, I think quite a lot of the ‘spirit’ of Eluveitie is recognisable in Cellar Darling’s music – over the course of the last decade, we have put a lot of ourselves into our previous band, and have gained and learned a lot from it, too.

What happened so that three members of the band left all at once?

Merlin: In short, I was asked to leave the band – a decision that was made without me and without consulting Anna and Ivo. This left us no choice but to go our own way – a show of friendship and character on the part of my friends that I could not appreciate more highly. The three of us also released statements at the time, and that’s really all we can say about it.

Something that had your old band (aside from the impressive music) was the voice of it’s singer Chrigel Glanzman, with those guttural voices. In Cellar Darling will we have in some subject some guttural voices or we will only have the spectacular voice of Anna Murphy?

Anna: That is something we don’t know ourselves. We follow our impulses, we don’t have a master plan or a recipe for our music. If it feels right to incorporate them at some point then we’ll do that and if it doesn’t then we won’t. Anything can happen, maybe some day Merlin will learn to play the saxophone and play some solos.

Merlin: I do love the saxophone.

With Eluvetie you have played many times in our country both in concerts and festivals, what do you think about the Spanish audience?

Anna: We love it there! The crowds are energetic and crazy, just how we like them. And the food is great too. We can’t wait to return.

Merlin: Spain is always an incredible experience. I don’t think there’s been a single visit that didn’t include a fantastic show and a very memorable after-show party – it must be the energy of the the Spaniards.

Will Spain be there when you announce the tour of presentation of the new album of Cellar Darling?

Anna: So far nothing is confirmed yet, but we sure hope so.

Merlin: We’re working on it! 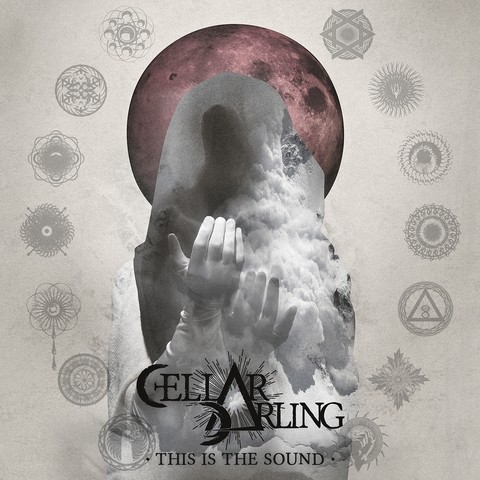 I love the cover of the album. Who came up with the idea and who was the author?

Anna: I came up with the concept and idea of the artwork and we then worked with two different artists to realize it.

The cover artwork was created as a collaboration of photographer Manuel Vargas Lépiz (www.manvarle.com) who took the photo of the figure and graphic designer Christopher Ruf (www.saroscollective.com) who is responsible for symbols, layout and also our logo. The cover on one hand shows 14 symbols (one for each song) and two elements that represent our two singles “Black Moon” and “Avalanche”. The figure on the cover which is part of the Avalanche story invites you into our world of music and stories.

You are from Switzerland, a country with great Hard-rock bands (Gotthard, Krokus, Fair Warning, Crystal Ball ..) How is your style of music received in your country?

Anna: It’s not that easy as a heavy band in Switzerland. Even if you’re already very successful and touring you often get ignored. But we’re already used to that phenomenon from playing in Eluveitie. Eventually they catch on 😉

Merlin: There’s this weird phenomenon with Swiss rock and metal bands, I just recently discussed it with some colleagues: you first have to go abroad, and once the rest of the world approves you might gain some traction in Switzerland. That goes mostly for media response and the ability to play more festivals and shows – the fans themselves are as incredible and loyal as anywhere in the world, so we’re certainly lucky in that regard!

How is the Hard and Heavy Metal scene in general in your country?

Anna: It’s a very dedicated scene and it’s fairly big regarding the fact that we’re such a small country.

Well until here the interview, I hope you liked it. Would you like to add something?

Anna: We did, thank you! Thanks a lot for the interview and we hope to return to your beautiful country soon! Cheers.