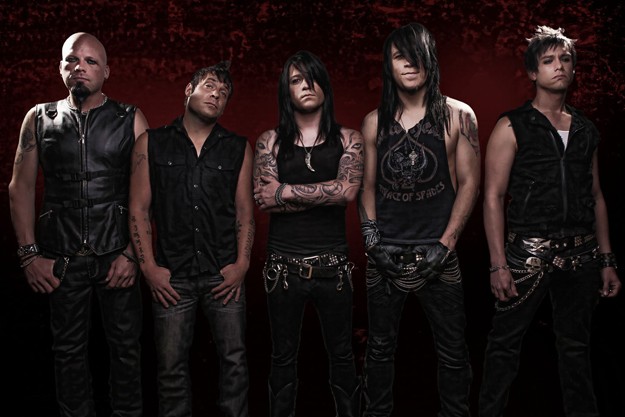 Interview with Shaun McCoy from Bobaflex:

First of all, congratulations for your new album, Eloquent Demons. I think it´s a great rock album. Are you satisfied with the result of the album?

Thank you! We’re really happy with the he way the album turned out. It was supposed to be an ep, but we just felt like the fans deserved more. Some songs were still being written in June! But I think we’ve been doing this long enough that we have hit our song writing stride. Some songs were magical, it’s like we just wrote an album out of thin air and it’s our best yet. Extremely proud.

How are being the reviews on the album?

The reviews have been the best of our career!!!

How you worked on the album. Has the process been the same as on previous albums?

It’s basically been the the last three albums. We do not have side jobs. Money getting low? Get your ass home, write an album and get back on the road. If we didn’t stay constantly busy we would lose the whole thing. Our survival rides on writing a record efficiently and getting out and selling and playing. So it’s been go, go, go and now we just work well under pressure.

I get the impression that Eloquent Demons is a more direct album than your previous work. Do you agree with that?

Yep, VERY DIRECT! Lol we wanted a no bullshit, memorable, big rock record, no experimenting. Just focus on what we do best and it worked. No frills!

It’s your first album with Thermal Entertainment. How is your relationship with this label?

Kyle Favors, the head of Thermal has been a fan and friend for years. He offered a deal we couldn’t refuse! But it’s a great, artist friendly partnership.

On this album you have included a brilliant version of Hey You by Pink Floyd. Why did you decide to do this cover in concrete?

My brother and drummer Tommy have been Floyd heads since they were kids. They wanted to do it and got out of their way! Lol

You have not stopped toured with your previous album. Do you have many confirmed dates for this new album?

I’m on tour in Texas right now. We go to L.A. and back, see our families for a few weeks the hit the north east for November/December. Then in January we head south to avoid the snow. Lol 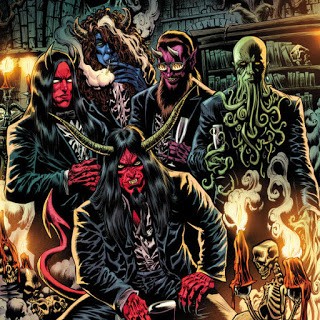 Do you have any plans to play outside the United States?

Yes. You can be instrumental in bringing us to Spain! We are having discussions now and it looks like Thermal is sending us to Europe! It will be our first time. Plus we will get to perform for our whole clan in Scotland. I haven’t seen them in 20 years. So that will be a nice reunion, seeing their cousins finally melting faces in their country!

Although the whole album is very good, I would like to highlight three songs and please tell me what inspired these songs:

SAY WHAT YOU WILL -my brother and Jymmy wrote that one and wanted to touch on the current political climate of the world and America.

MOON AND THE SHADOWS -is a revamped tune that never made Tales from Dirt Town. We ran out of time so it’s a demo version that has been laying around since 2007. We tightened it up, chopped a few parts and re-recorded it. Tommy and I have always loved werewolves over other classic monsters. It’s a cool story but turning into a werewolf and wreaking havoc at night is a good metaphor for blackout drinking. He tells the girl to run or kill him because he can’t control himself. I’ve lived those lyrics.

LIGHTS OUT -was written about the trappings of alcoholism on the road. When you’re  in a band on tour you can lose touch with reality and start to believe you can be a maniac  and get away with it. «Day drinker, here’s my middle finger, the rules  don’t apply to me because I’m the lead singer!» That sums it up. I try not to drink as much now and play most shows sober. On days off when I drink, your tolerance never goes away. I can drink enough that it would kill most people, so I try to chill on the road. When you can drink whisky from noon to midnight, you will pay the price the next two days!

Your musical approach is very current, but I also perceive a great influence of classic rock in your subjects. Are you agree?

Absolutely. We all grew up on classic rock radio. Thin Lizzy, Queen, Floyd, Zeppelin are all huge influences on our sound.

The cover of the disc is comic book format. Are you fans of the comics? Which ones do you like the most?

I am the official comic geek in the group. Kyle Hotz, the illustrator is well known in the comics world and was a dream come true to have him do the cover. I just told him to do the band in tuxedos as demons and ran with it. My favorite character has always been Daredevil. He’s a blind underdog, he screws up with women constantly, and he loses sometimes but always gets back up. I always loved the street heroes over the heroes that can shoot lasers out of their eyes.

I see in your compositions a great work of composition that makes that there are no subjects of filling in your discs. How do you deal with the first moment when composing a new song?

Almost always, a big and strong chorus. We work backwards from there. If you don’t have a chorus, you don’t have a song. Zeppelin and Wu-tang can get away with out choruses, but we are not a supergroup. We are meat and potatoes rock. Keep honest and simple musically. Let the prog rockers reinvent the wheel.

You included in the album a slow song, Off with your head, that shows that you have the same quality composing songs fast as slow. Do you deal with the composition of these issues in the same way?

I wrote the chorus first! Knew it was a winner and just shaped the song around it!

Go buy our album and come see us live. We will rock your face off!!!!

Entrar
Redes Sociales
¿Quieres impulsar tu proyecto musical? Are You in a Band? this will interest you!