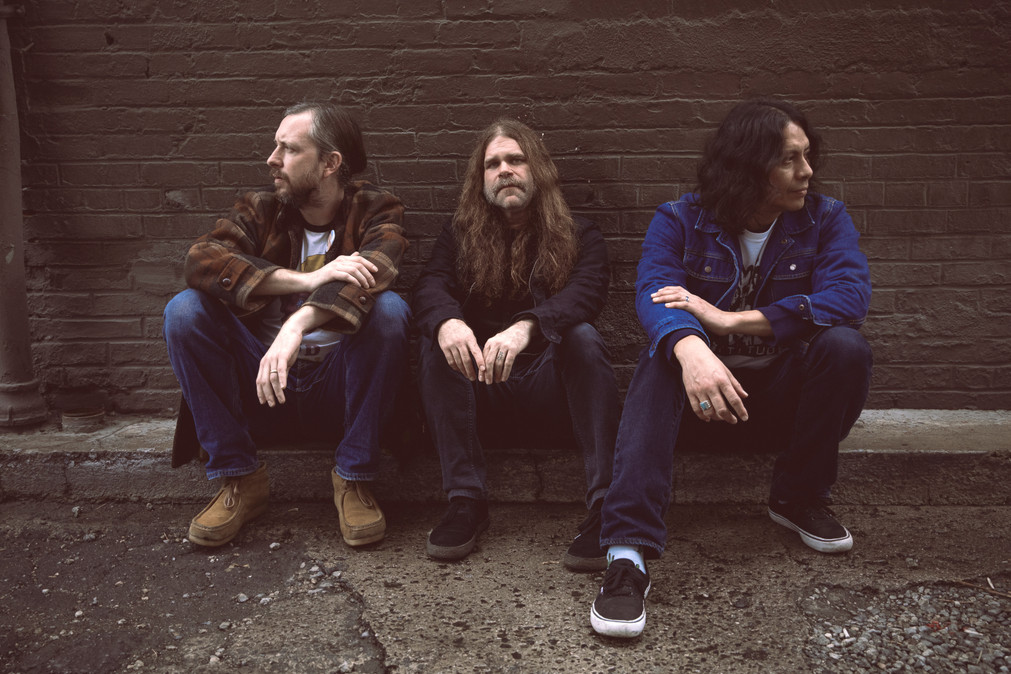 “Where we play what we feel. The desire is the same. We really enjoy playing music together. And that’s why we’ve stayed together as long as we have”

First of all, thank you for giving us this interview

– It’s my pleasure. Thank you for thinking of us.

Your new work is a live show with the name «From the West-Live». Where was this concert recorded and why exactly this place?

– This recording is from is from March 1st of 2018. It was recorded at the Great American Music Hall in San Francisco. Our friend Ethan Miller (Howlin’ Rain/ Feral Ohms) runs a small label called Silver Current. He asked if we’d like to record the show to possibly release it on his label. He’s based out of San Francisco and the Great American Music Hall was the second show of our spring west coast tour of the U.S. so we just decided to do it there. The venue is amazing acoustically as well. So not only was it convenient, we knew the recording would sound good.

Are you happy with how everything went? Did you plan to do it on this site or was it different recordings and you stayed with the best

– Yeah, we’re all happy with how it turned out. I think it’s a good representation of our live show. We did record the show the night before which was at Terrapin Crossroads in San Rafael, not too far from San Francisco. We ended up choosing the recording from the second night in SF.

You come to Madrid and Bilbao to present us your new work, the live «From The West». What can your audience expect of what these concerts will be like and if there were any surprises?

– Well, I guess if you’ve heard the record the shows will be similar. But you never know, we might end up doing something different. The audience can expect a celebration of music. A nice friendly evening. Not sure about surprises but if I told you what the surprises were, they wouldn’t be surprises.

– I believe the last time we played Barcelona was in 2015 so it’s been a while. I wish we were playing there again on this tour but unfortunately we are not. I’m sure it will be a stop on future tours.

In your music I find many influences, especially in the Hard – Rock and the Rock of the 70 ‘(Led Zeppelin, Black Sabbath, Pink Floyd, Deep Purple …) Are these your biggest influences? How would you define your music?

– I would say that hard rock and psychedelic music from the late 60s and early 70s is our biggest influence. When we first started playing in 2001 we were heavily influenced by the Satori album by Flower Travelin’ Band and a lot of the bands from the Krautrock scene like Ash Ra Tempel, Amon Duul II, Can, etc. I would describe our music as sounding like hard rock from the 70s i guess. Maybe like the live recordings of the era. Where there was a lot of jamming and the songs would be extended a bit. 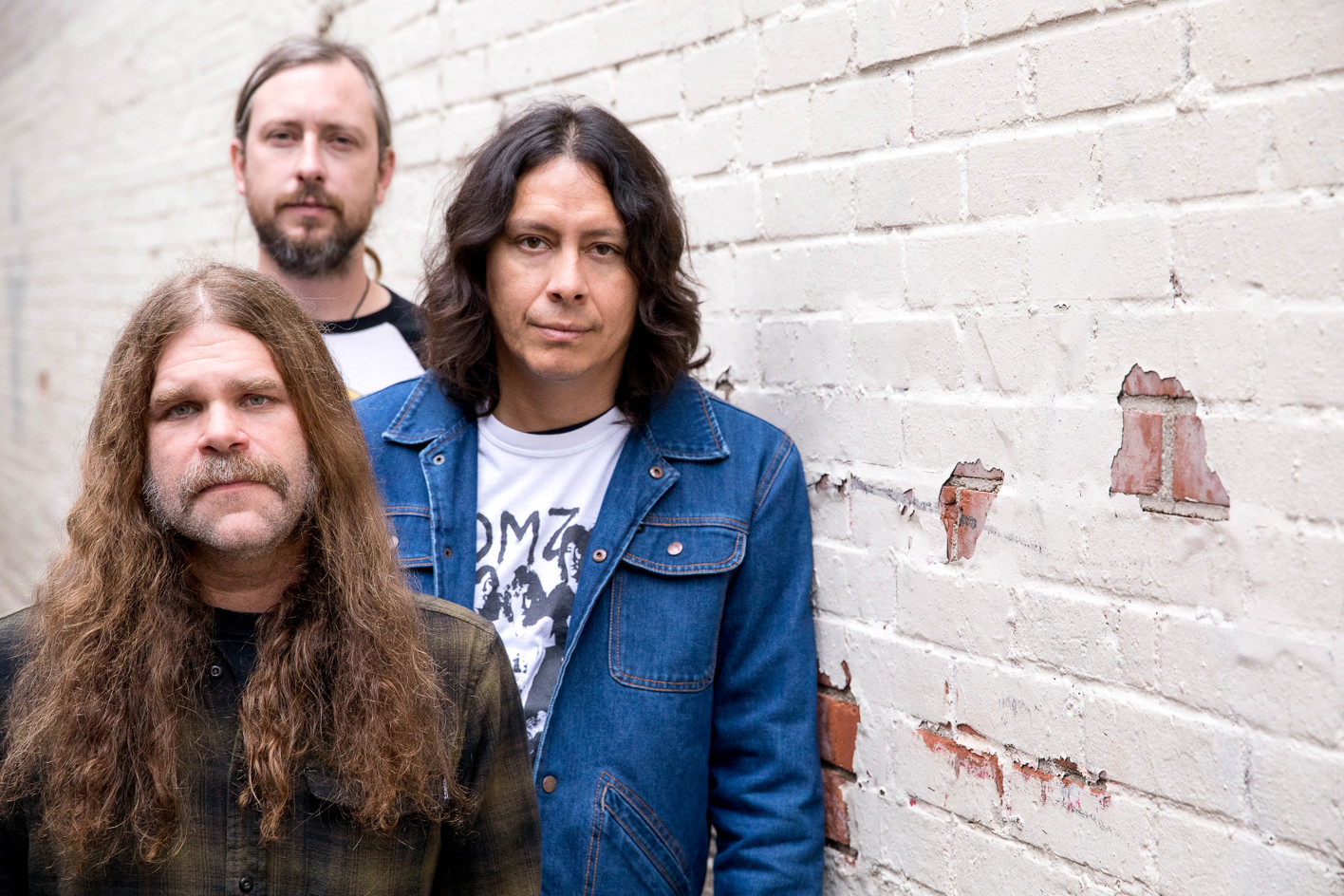 When I refer to Deep Purple, it’s because your singer reminds me in many moments of the great Glen Hughes. Did they ever tell you? Is he influenced in that era of Deep Purple?

– I never thought of that. Interesting. I’m not aware of anyone ever mentioning that. I’m not really sure if Isaiah is into that era of Deep Purple. I can ask him and i’ll let you know at a later date.

Earthless is one of the most influential bands nowadays due to your style of music influenced by the 70’s, 80’s and the current era. There are many bands that started after listening to your first albums. Are there less known (local) bands that you would like to mention to our readers and that have impacted you for their quality?

– There are quite a few bands in San Diego right now and the majority of them, in the hard rock/psych scene, are actually quite good. Some of my favorites right now are Sacri Monti, Monarch, Petyr, and Volcano.

Now you are in a great record company like Nuclear Blast. How did you come up with a company so big and so influenced by Heavy Metal?

– When we left our former label, Nuclear Blast expressed interest in us signing a deal with them. We all grew up listening to bands that are/were on that label so it was pretty cool.

You are from San Diego, United States, how is the movement of rock in general in your country? Are there many places where you can play your music in your city?

– The rock movement in the United States is strong right now. It seems like you hear about a new band every week. There are a lot of different influences going on as well so some of the bands sound really unique, which is nice. There are a handful of venues that are pretty good in San Diego. We really don’t play there very much anymore unfortunately. Maybe once or twice a year. When we do we like to play the Casbah and the Belly Up.

I’m going to put you in a compromise, nowadays, where do you prefer to go on tour, Europe or the United States?

– That’s a difficult question to answer. I enjoy touring both. When we tour Europe there are always so many new things to see. It’s unfamiliar and exciting. I really enjoy playing the festivals in Europe. There aren’t very many festivals in the United States that cater to our style of music. When we tour the United States its really nice to see friends that we don’t get to see too often. As far as the shows go, both are always a great time.

What remains of the band that was formed in 2001 today? The desire is the same or do you see that you have matured and do you still think like 18 years ago?

– I think a bit of both. We’ve definitely matured over the last 18 years. We’re in our 40s now, so just with age we look at life a little differently, which in turn makes us look at music a little differently. When we first started we were super loose. Huge portions of our sets were improvised. Over the years we’ve sort of refined our style and approach to improvisation. Looking at our sound more like a jazz band. There is structure and room to roam free within that structure and then there are moments of complete freedom. Where we play what we feel. The desire is the same. We really enjoy playing music together. And that’s why we’ve stayed together as long as we have.

How do you play the songs, and the ease with which Drums, guitar and bass come together is like transmitting musical magic: you have a great chemistry. Did the three of you click immediately when you started playing together in 2001, or was there a period that did not work out for you and you thought this was not going to work out? How everything and what was were the key moments, when you knew that you had something special among you?

– The first time the three of us played music together, we just jammed. We played Black Sabbath and Led Zeppelin songs and just extended them for as long as we could. It was a little shaky when we first started playing shows. Isaiah lived in San Francisco and Mario and I lived in San Diego so we didn’t get to practice very much for the first year or two. That’s kind of how our sound came to be. When you can’t practice you improvise. It really clicked when Isaiah moved back to San Diego and we started jamming a few nights a week. That’s when I realized we had something going on. Even if the audience wasn’t there for it yet. Over time we’ve created a sort of musical telepathy between us. We’re extremely comfortable playing music with each other which is special.

– I don’t know. I’m pretty content with how things are going. I just hope we can continue making music together for as long as possible.

Well up to here the interview, we hope from the heart that goes very well on this tour you start shortly in Europe, next time you come to Barcelona and if you have something to say goodbye to your fans or would like to add something?

– Thank you for the well wishes on the tour. We’re very much looking forward to returning to Europe.

We would like to thank, sincerely from the heart, everyone who has supported us, come to our shows, bought our records, and continue to support us. You’re a huge part of why we are where we are today and we do not take that for granted.