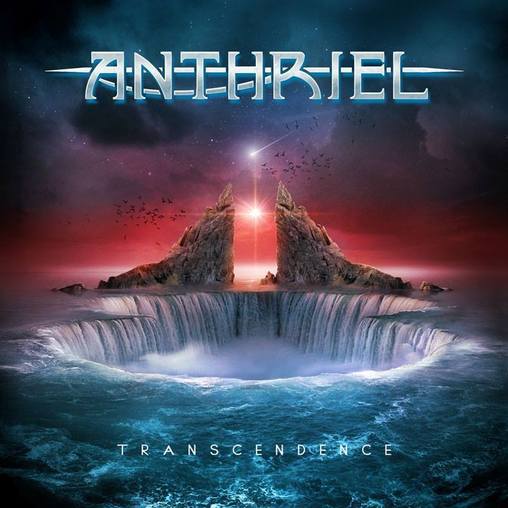 Anthriel is a Finnish band that started off seven years ago with “The Pathway”, putting music to a story from writer R.A. Salvatore following the influences of their beloved Symphony X, as in those years many similar bands that came out did, like Circus Maximus o Myrath, shortly before.

Not long after that there was some lineup problems, with three of them leaving the band, and such short time to be devoted to music resulted in continuity troubles. As we can see now, they came up fine after that and have created 8 songs within a 1 hour long record that rank high up with the best bands around, achieving a final result quite remarkable with a huge improvement in originality which gets to you after just 4 or  takes on the record.

In the end their amazing vocalist remains in the band, something that undoubtlessly takes them to a higher level due to his pitch and sheer power, same goes for the keyboard who, not being a permanent member for unknown reasons, has recorded this record with utter commitment.

Their current style is closer to Prog/Power with symphonic touches. Bands like DGM, Secret Sphere and Myrath are closest in style, as well as technical aspects. Besides this you will see links to other bands as we will see.

The intro with “The Calling” opens doors to our imagination in symphonic fashion as well as acoustically. Here we perceive the production as somewhat saturated while adding a refined sound to the environment, something quite common now. The first electric shake arrives with  “Under Burning Skies”, used by the label Lion Music as promo. A powerful song in rhythym and execution, in particular with Simo Silvan.

At 11 minutes “Oath Of Darkness” is a massive shock, with awesome changes based on the rythmic section, catchy core and a pure prog ambience. Timo´s guitar solos catch up both in electric and acoustically (neclassical way), as well as the keyboard, slower initially and by the end faster. “Siren’s Song” can be the hardest one to swallow at first, quite prog then  it grows, here is where you feel more stuff from the previous record, specially in the ending song, as you will notice with the voice and keyboard. But the second part with a long solo and the chorus by the full band achieve the best for this song.

The next 3 songs will be widely enjoyed by audiences. “Painted Shadows” is catchy and full of energy, the voice and guitar rhythm will remind you of Nevermore, you will feel the hook in the lines before and after the choruses. “Rhapsody Of Fire” follows the acceleration of the previous song, but growing in epic within the choruses, as well as with the drummer´s performance and the singer´s. Pay attention to the joined guitar and keoyboard solos, showing these musicians virtuoso side. Before finishing the record we have the pleasure of enjoying “My Dark Morning Star”, closer to Italian prog/power, choruses showing full potential accompanying a remarkable drum, quite good with his feet. The joint solo a la Romeo/Pinella shows some influence they achieve to make their own. Quite a great anthem.

We reach the end with “Fallen Souls”, a 19 minute song with two fully different sides. Up till minute 9 you find changing, slowy tempos with Simo´s voice a main point, while the latter is pain guitar and drum territory, lest not forget the voice creates a space where it illuminates the ascending path of their bandmates, ending the record in an epic and grandiose way.

In short, I am quite delighted and surprised with the recird, and it goes straight into my June favs, hoping it will take less time to release a new one. My grade is 8,3/10.