You may forgive me, but I almost cannot believe it. After all those years, when you are supposed to have nothing to demonstrate and the inspiration might slack off, you produce a really good record as is Concussion Protocol. How do you achieve that? A pact with the devil? Jejeje.

Ha ha…yes a pact with the devil. I’m more than pleased with this record and I’m very sure that the old fans will like it and that we win also new fans over. The album is so diverse and intense and the overall reactions from the press so far are beyond my high expectations.

How is your relationship with Steamhammer? Does it demand you a lot?.

They are slave drivers, no mercy with me….no just kidding. Absolutley awesome and professional ……!!! I’m here in Europe for eight weeks, visiting friends, going to festivals, doing promotion for the new album……this is something I wanna do for a long time…:-) I also visited the Graspop Open air and will be at the Out & Loud Festival and Bang Your Head Open Air in Germany and Steamhammer was very supportive with all of that.

After decades of existence, twelve studio albums, singles, demos, live CDs, worldwide tours… Could you be considered a cult band?.

For many fans we are a cult band because they grew up with us and supported us from the beginning. But there are a lot of younger fans who are discovering us now. Vicious Rumors is never been a band which relies on the past. Of course we are proud of our history but we always move forward and anyone who tries to put us in a box or wants us to be something we were 25 years needs a lot of mental help. We are taking our metal into the future.

What motivates a super band, as you are, to continue under the spotlight and producing good music?.

The fans. They are the reason why we are doing this. They stucked with us through good and especially bad times. It doens’t matter if we play on big festivals in front of 20.000 people or in clubs with 200 people…we always give 100% and more to please the fans.

From my point of view, where I perceive Metal from the other side of the fence, I need to know what does a band feel with all this experience you have, when you go on stage in front of thousands of persons.

You can’t describe it……it’s a very special feeling and tension and I love it. Playing festivals like Graspop or Wacken are always very intense. You have sometimes 45 minutes to win the crowd over…..so you have to double your power. next year we will play at the Bang Your Head festival in Balingen and more festivals are on the horizon.

Looking back to get until Soldiers of the Night (1985), I have two questions:

Have you ever thought of ending up with Vicious Rumors?.

To be honest…yes. I founded the band and I was always the one who was in charge. Vicious Rumors is my life and i’m so thankful that I can still live my dream!.

How has your musical evolution been until you got to Concussion Protocol?.

When I started I wanted to be a musician like Randy Rhoads for example….or like Jimmy Page…which was unchievable..:-) But the more shows we played the more we rehearsed the development of my guitar playing increased. With the first 4 albums we were definetly part of the 80s metal scene even when «Welcome To The Ball» were released in 1991. But when Carl died our music got more and more brutal and heavy. I felt at that time that I had to do this. Since «Razorback Killers» in 2011 I try more and more to go back to the 80s but with a modern approach and now with «Concussion Protocol» I think I finally nailed it.

By the way, this record’s topic is really interesting. The album’s concept elapses around a worldwide hecatomb as a consequence of the arrival of an asteroid to the Earth. Are you into sci-fi movies? jejeje How did you come with that idea?.

Very good point…this is exactly what we wanted to achieve with the new album. When I have to compare the new album with one of our older ones I would chose «Digital Dictator». With this album it all started and we found our chemistry. It was also the beginning of the digital age. With «Concussion Protocol» we are looking at the age of disasters.

I summed up the sensations that Concussion Protocol gave me on the sentence “No stop for steel”, is that what you tried to transmit to your audience?.

Ha ha….yes exactly…..don’t stop…do your own thing, be true to yourself. This is why Vicious Rumors exists now 37 years…..we had great albums, lost Carl Albert in 1995…..had no singer, had some good singer….still did albums…went on tour with for example Accept and Hammerfall, played on festivals like Graspop and Wacken and here we are: 2016…with the best album since at least 25 years!!!.

It is said that CD sells are dead, that Heavy Metal will become trash, that it has a terminal sickness, do you perceive that, in your country, Metal is in this situation?.

When we started the whole thing LP sales were steady, we could tour the world and everything was good. After Nirvana entered the scene everything was different but Vicious Rumors survived it all. Even when I had no singer…I did it myself and played a major tour in 1996 with ACCEPT in Europe. Heavy Metal will always stay and the fans are the best in the world…and they kept the ball rolling!!!.

How does Vicious Rumors “work” when you decide to prepare a new production? Do you rescue old songs? Everything you work on in the studio is new? Do you all compose or one of you takes this responsibility?.

This time we did the writing as a team . We rented a house in the Netherlands for 4 weeks to be together… no emailing parts!! Then Nick and Tilen came to California to record together!! We worked with long time producer Juan Urteaga (Testament) and for my point of view it’s also the best sounding album I did for a very long time….to be honest the best album since «Welcome To The Ball».

Reaching the end, can you tell us about any other projects you are working on for the current year?.

Our new booking agencies are hard working on a European Tour and USA Tour. It all will happen autumn/winter 2016 and we hope that we can release these dates within the next three weeks. Perhaps there also will be a surprise by the end of this year…:-)

Thanks and see you. 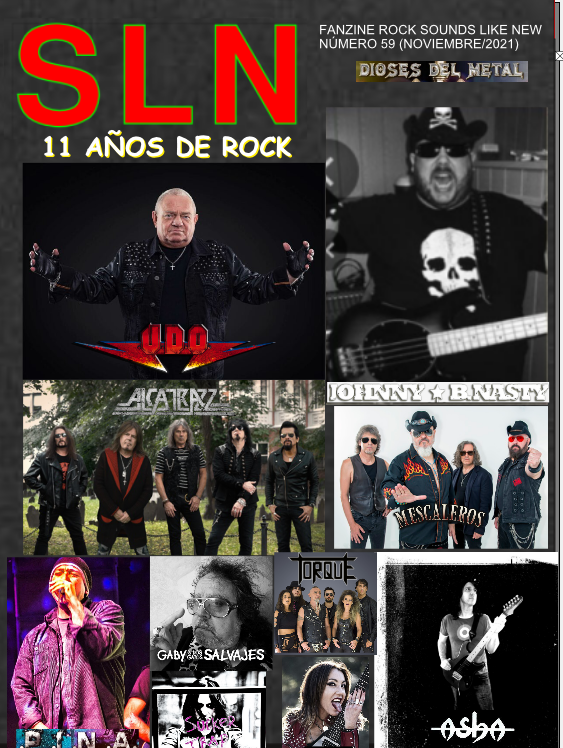