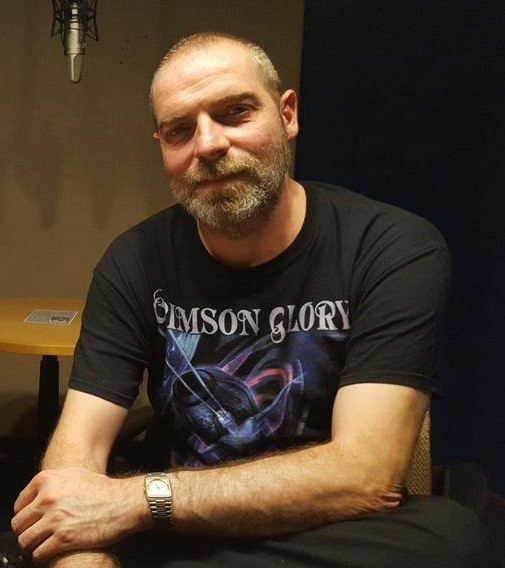 “We all know that the music business is very tough, and I have very big respect for all those bands who try to live from their music!”

Metal’s Gods’ friends, from Berna (Switzerland) we have the pleasure to interview Ben Sollberger, Age of Disclousure band’s leader, thanks for your time and welcome to our website.

Thank you for having me!

¿How is the Heavy Metal felt by Swiss people and specially from people in Berna?. ¿Are there several bands, concerts? ¿ are music disc sold there, …?. ¿Is the public enthusiastic with the music?.

As far as music is concerned, Berna is primarily known for bands who make Pop / Rock music with lyrics in the language we speak here (which is called “Berna-German”). But in Berna and in Switzerland, there are many people who know and love famous Metal bands such as Iron Maiden, Metallica or Killswitch Engage, and of course there are also people who know less famous Metal bands. There are also bands in Berna who make Heavy Metal or music in related styles (for example Metalcore), and we have a few clubs here who organise concerts for such bands. Nowadays, there are only very few stores left in Berna who sell CDs and LPs, most people buy albums via the internet or use streaming portals such as Spotify. Generally, people in Berna and in Switzerland love music very much, as do people in very different cultures.

Has it been any Gold age for Heavy Metal music? It was in the 80s in Spain.

I think the Golden age for Heavy Metal music was also in the 80s here in Switzerland. I remember times when the albums of bands such as The Scorpions, Judas Priest or Def Leppard where in the Top Ten of the Swiss charts at the same time. The 80s were also the time I grew up / became a teenager. I then listened to bands such as for example Queen, Toto or Dire Straits, but in this time I also began to listen to harder music. For Christmas in 1980 when I was only six years old, I got my first album of Kiss (Unmasked) from my grandmother. 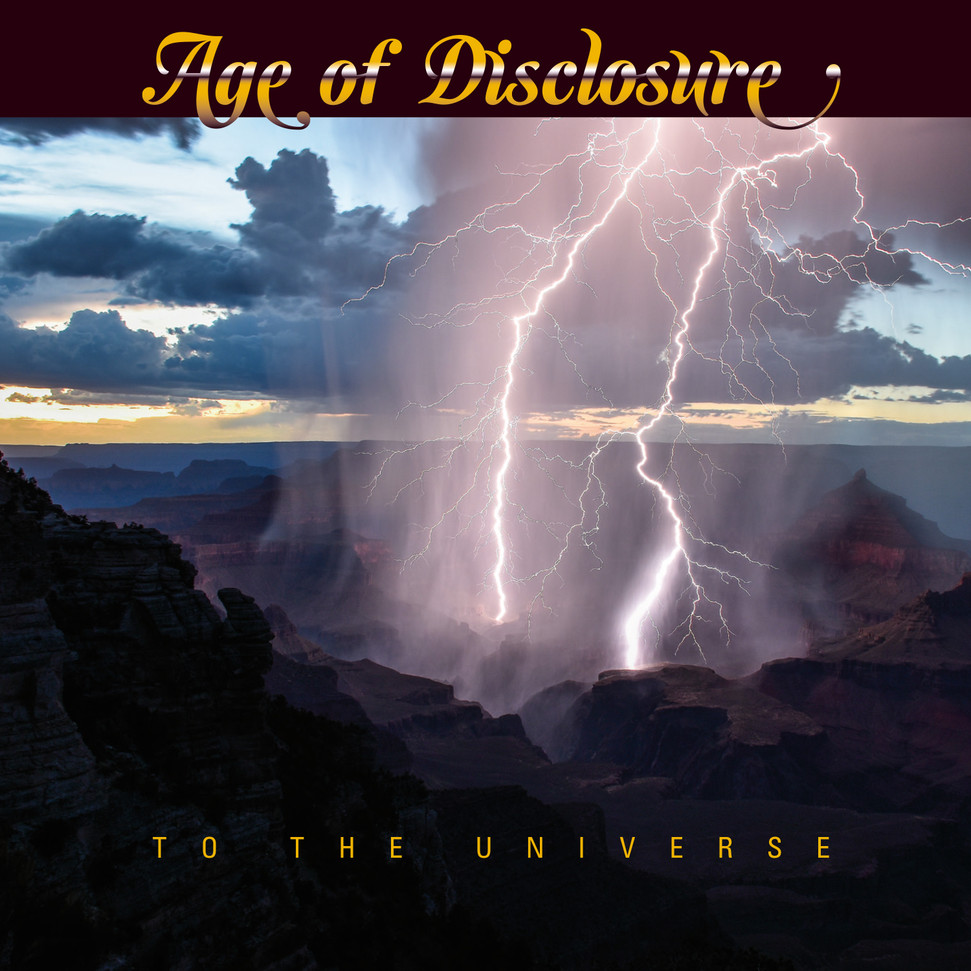 By the way, what would you rather, Ghotthar or Krokus? Hehehe

I think musically both bands are doing very well what they intend to do – I have a few LPs from Krokus from earlier times and I think Metal Rendez-Vous from 1980 is a very cool album, so I prefer Krokus. But my favourite band from Switzerland is definitely Coroner from Zürich – if you don’t know them yet and like thrash metal with a progressive touch, check them out (especially the albums Mental Vortex & Grin)!

Before this proyects, did you have any other related with Heavy Metal World?

As I have mentioned before, I got into Heavy Metal when I was a teenager. When I was 15 years old, I got my first electric guitar and an amp from my parents – I fell in love with the guitar and I still love this instrument! Only when I became older and a bit calmer, I bought an acoustic guitar (laughs). With a few friends, we founded our first Metal band called Justicia back in 1991. After having played in several Rock / Pop bands afterwards, as a musician I came back to Heavy Metal music a few years ago, when a few friends of mine and myself founded the band Under my Skin – but about one year ago, I decided to leave this band so I could concentrate on Age of Disclosure.

Which is your motivation to launch “To the Universe”?

The motivation behind the album and the project Age of Disclosure in general is to get some of the many songs I have written in the past ten years as far out “To the Universe” as possible. I love the idea of just recording and getting out songs without all the things that come along with being in a band. With the Internet, you have very good possibilities to get your music out there even without a band / without doing concerts! But I also want to mention that since I have a full-time job as a teacher, I don’t have to rely on making money with my music. We all know that the music business is very tough, and I have very big respect for all those bands who try to live from their music! For me, making music without financial pressures is a massive privilege!

We can find in this album a huge amount of talent, ¿have you ever composed anything for others with this music style?

First, thank you for the very kind words! I began to write songs when I was a teenager. As I mentioned before, I used to play in a few bands and in most of them – no matter if they were Heavy Metal or Rock / Pop bands, I was the main songwriter. About ten years ago, I got music recording software for my computer, and since then I can make demos recording the guitars, the bass, and doing some vocals and programming drums – I think I am not the only person on this planet who loves being able to make demos in this way! But so far I have only written songs for bands / projects in which I was also part of.

Four great vocalist take part in this album, Syn Schütz, Orlando Skrylls, Jvo Julmy and Roman Burri, for any special reason? Was it easy to convince them?

From the beginning, I had the vision to let different vocalists sing my songs, since this gives the music more diversity. So I contacted the four vocalists and was happy to hear that they all liked the songs I thought would fit their voices. I think they all did a great job on “their” tracks!

And the rest of your music partners… are you all friends?

Yes – even the guys who mixed the album (vocalist Syn Schütz), did the artwork (Manuele Castellote) and took the great photo of the front cover (Daenu Kunz) are good friends of mine. There is a funny story about Buddah Craven who played the drums on “To the Universe”. I got to know him at the Black Sabbath concert in Zürich three years ago. When I later on looked for a drummer for the album, he came back into my mind and I then listened to some songs he played on Youtube. I then asked him if he would be interested in playing the drums and sent him the demos of the songs. He agreed to do it, and it was very funny seeing this guy for the second time in my life only in the studio. He is such a lovely guy!

This album is pretty varied, did you all want to create this effect consciously?

Yes – there are many musical styles in “harder rock music” I like, so I just intended to write good songs, no matter if they could be described as for example (traditional) Heavy Metal, Hard Rock, or Thrash. 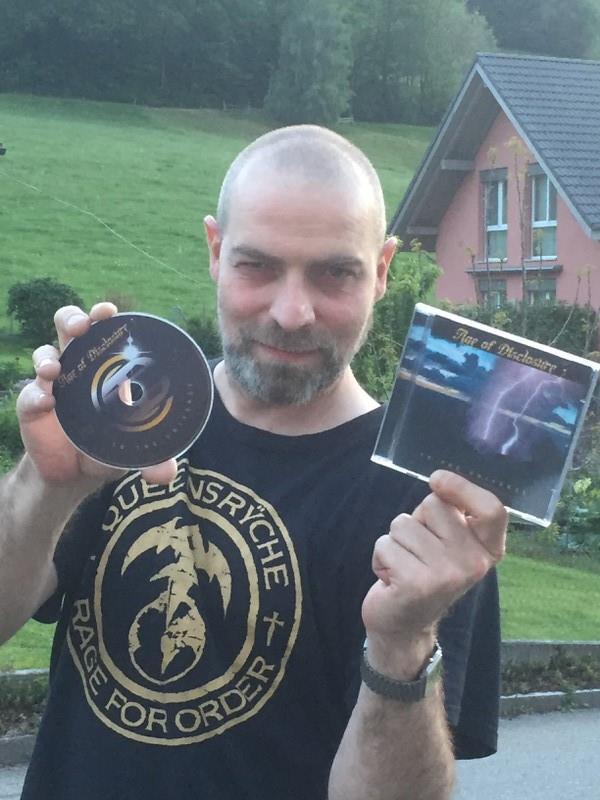 Kunz Soundcorp is the discography, how does it behave with you the Record Label ?, how it was possible?.

Tek Kunz is a drummer and a good friend of mine, and he is the founder and owner of Kunz Soundcorp. We know each other since more than two decades and we have played in different bands together. When I planned the release of “To the Universe” I asked him if I could publish the album under his label because he is a very reliable guy and he also helped me to choose the songs we recorded for the album. I am happy that he likes the album very much.

Many people say that Heavy Metal is going to disappear, what do you think about this?.

Every time I hear of this “rumour”, in my inner ear I hear Ozzy Osbourne singing “You Can’t Kill Rock and Roll” (laughs). No way, in some form or another, I think Heavy Metal will always survive. There is too much power and energy in this music, and I also think that the very general theme of this kind of music which is rebellion will always resonate with many people around the globe! Also, when “To the Universe” was released, I was surprised how many webzines were interested in writing a review or doing an interview – for example, look at your questions you ask me in this interview: They are a testimony to a very genuine interest in Heavy Metal music! I then also realized how good the metal scene around the world is connected. For example, I remember the day when the review of “To the Universe” was released in Dioses del Metal – in the evening of the same day, a guy from a webzine from Brazil wrote me an e-mail in which he told me that he had read your review and that he would be interested in also writing a review, and that he could send some CDs to record labels in Brazil. So I sent a few CDs to him and I tell you again, Heavy Metal won’t ever disappear!

Have you ever thought about giving a live and direct concert?

Yes, but at least at the moment I prefer Age of Disclosure being just a project and not a band doing concerts and having stressful band conversations (laughs). But since about one year, I am playing in a newly formed band called Skrylls in which we play music inspired by bands such as Paradise Lost, Black Sabbath, or Alice in Chains (you can check us out on Facebook). Orlando Skrylls who sang six songs on “To the Universe” is the leader of this band and he writes all the songs. We are four guys who get along with each other very well, and these guys are all very reliable, which is very important to me. We have done a couple of concerts so far and we want to do more. Since I love being on stage, it’s great for me to also be in a band – so in Age of Disclosure I can write and record my songs, and in Skrylls there are cool concerts to play!

This interview is almost finished, can you tell us any proyect you have thought about for the future?

With the help of my friend Adriano Troiano who played the bass on “To the Universe”, I am currently working on the demos for the second album of Age of Disclosure. We will check at the end of this year what we have in the bag and then choose the songs we will be recording in 2018. We have a rough plan to release the second album in spring 2019.

Finished! We’d like to say goodbye and see you all soon, good luck! Hugs and cheers!

Thank you again for having me & greetings to Spain!